Journal of Pharmacognosy and Phytochemistry

Author(s): Muhammad Ajmal Shah, Sikandar Khan Sherwani, Mohammad Sualeh, Sandaleen Kanwal, Haq Nawaz Khan, Shahana Urooj Kazmi
Abstract: Berberis lycium is one of the species belong to family Berberidaceae, an evergreen shrub growing in the Himalayan region. The various parts of the plant i.e. Root; bark, stem, leaves and fruits are used by local inhabitants as a medicine or food. Root bark of Berberis lycium has tremendous phytotherapeutic effects. The present study was conducted to evaluate Berberis lycium root bark for its anthelmintic and antiurolithic potential. During this study, in vitro anthelmintic as well as antiurolithic effects were assessed in both aqueous Berberis lycium root bark extracts i.e. decoction and infusion. Three concentrations, i.e. 25, 50 and 100 mg/ml of both infusion and decoction were evaluated in anthelmintic bioassay, which include the measurement of paralysis and death time of earthworm i.e. Pheretima posthuma. Both aqueous extracts showed considerable anthelmintic activity at a maximum concentration of extracts i.e. 100 mg/ml; both the paralysis and death times taken by decoction are lesser than infusion indicating its better efficacy. The reference standard Piperazine Citrate and control normal saline were used in the same concentration as that of extracts. The antiurolithic effect of Berberis lycium root bark was studied on different phases of calcium oxalate crystallization in artificial urine. Results showed that both decoction and infusion gave 92.4% and 80.2% inhibition of calcium oxalate crystallization at the concentration of 100% respectively. Furthermore, it has been observed that both aqueous extracts have a satisfactory inhibitory effect on the nucleation and growth phases of calcium oxalate crystallization. 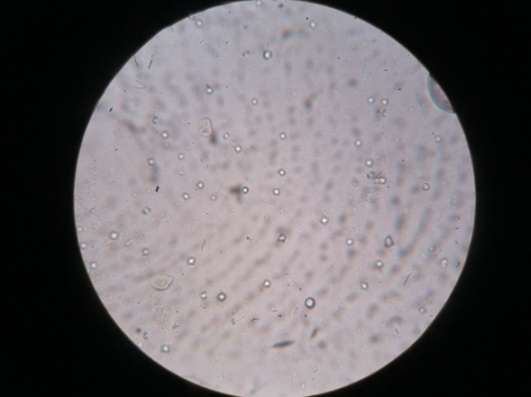